As the final hours are upon us for Year 2015, we are eternally indebted to the One who sustains, leads and protects us with each moment of each passing day. We are privileged to serve and be a witness of Him and count it all joy to be used as He so chooses and bow with thankful hearts for such abounding grace.

As we face the New Year, 2016, we are faced with many uncertainties – increasing natural disasters; the fragile bubble of an intertwined global economy; jihadist terrorists who plot to undermine our security and safety; an American government that is consumed with political correctness; and an increasingly self-absorbed culture that has no respect for God, and, as a result, has lost respect for those created in His image.  Our society is on a downward spiral and dizzily spinning out of control.

Sounds frightening, doesn’t it? It echoes right out of some Hollywood fast action movie or an edge-of -the-seat Sci-Fi novel. But life is not a scripted movie or novel plot but the here and the now of the very chaotic modern world that we live in. In the past, wars were declared and there were terms and rules of engagement and a normality that played out through the ages. It’s different now… or is it?

If you are a Christian who believes in the inspired Word of God you will nod your head in agreement as the writer of Ecclesiastes cries, “What has been will be again, what has been done will be done again; there is nothing new under the sun.”  (Ecl 1:9)  Yes, from ancient sprawling Babylon to the mighty Roman Empire, from England to the Soviet Union, all great nations have eventually collapsed in financial ruins.  Terrorism has been a way of life through out all centuries from the beginning of civilization since Cain and Abel, between Ishmael and Isaac, and then centuries between the Muslims and  Judeo-Christians. Selfish kings and politicians have turned mighty nations away from God time after time. Nothing is new today except it is just our turn to personally live it and experience it.

If you truly believe in God then you know He created the universe of every living creature both seen and unseen. You know that before the foundation of the world you were thought of and your life was ordained for this specific hour and time frame. If you believe this, then you truly believe that God’s only begotten Son, Christ Jesus came to save the world and that whosoever believeth in Him should not die. If you believe all of this then you know that in this time and in this place that Jesus is Victor!

In Times Square in New York City, the glittery crystal ball will drop at midnight tonight and there will be thunderous cheering and dancing in the streets as people try to capture and celebrate a moment in time. But the seconds will continue to steadily and silently tick-tick-tick away as at the stroke of the clock we go from the old to the new and beyond. May the lessons of 2015 prepare us with wisdom for the new days of 2016. May our walk with God be with humility and reverence. May we be in awe and worship of the One who sustains us and gives us our every single breath of life. May we turn back to God with all of our hearts and have a respect and love for Him in a way we’ve never known before.

J. R. Miller penned these fitting words over a century ago. They are the prayer of my heart for each of us today.

“The old year will soon be done. Let us break ourselves away from all its entanglements.   Let us carry none of its burdens through the gate of the new year. ‘If you are feeling the sting of past defeat, let it quicken your steps, and let every failure and disappointment of the old year stimulate you to greater effort in the future.’ If you have failed and stumbled this year, making a sad story of your life, well, confess it all with penitence. You cannot change it now. Though you should weep for years, you cannot make one of this year’s crooked lines straight. Why then waste a moment in unavailing tears? The penitence that avails is that which puts its sorrow into holy living for the future. The only true way to repent for yesterday’s evil ways, is to make today a holy, clean day. ” (Breaking Away From Our Past 1902 J. R. Miller )

Yes, the wind is blowing, the storm is coming and it has been ordained not to harm us but that we might prosper by drawing nearer to the heart of God and that through tasting His love, protection, strength we would have His perfect peace that surpasses all understanding!

As the year draws to an end, my question for you, dear friend, is do you know Him the way He deserves to be known? If not, it is not too late – come unto Him if you are weary and heavy laden and He shall give you rest. Take up the cross with joy and expectation and learn from Him for His yoke is easy and that will make your burden light.

Paul gave us a New Year’s goal in Philippians 3:13-14. We need to forget what is behind, and stretch toward what is ahead. And what should be our ultimate Life Goal? What else but the prize of the upward calling of God in Christ Jesus!

Out with the old…in with the new! 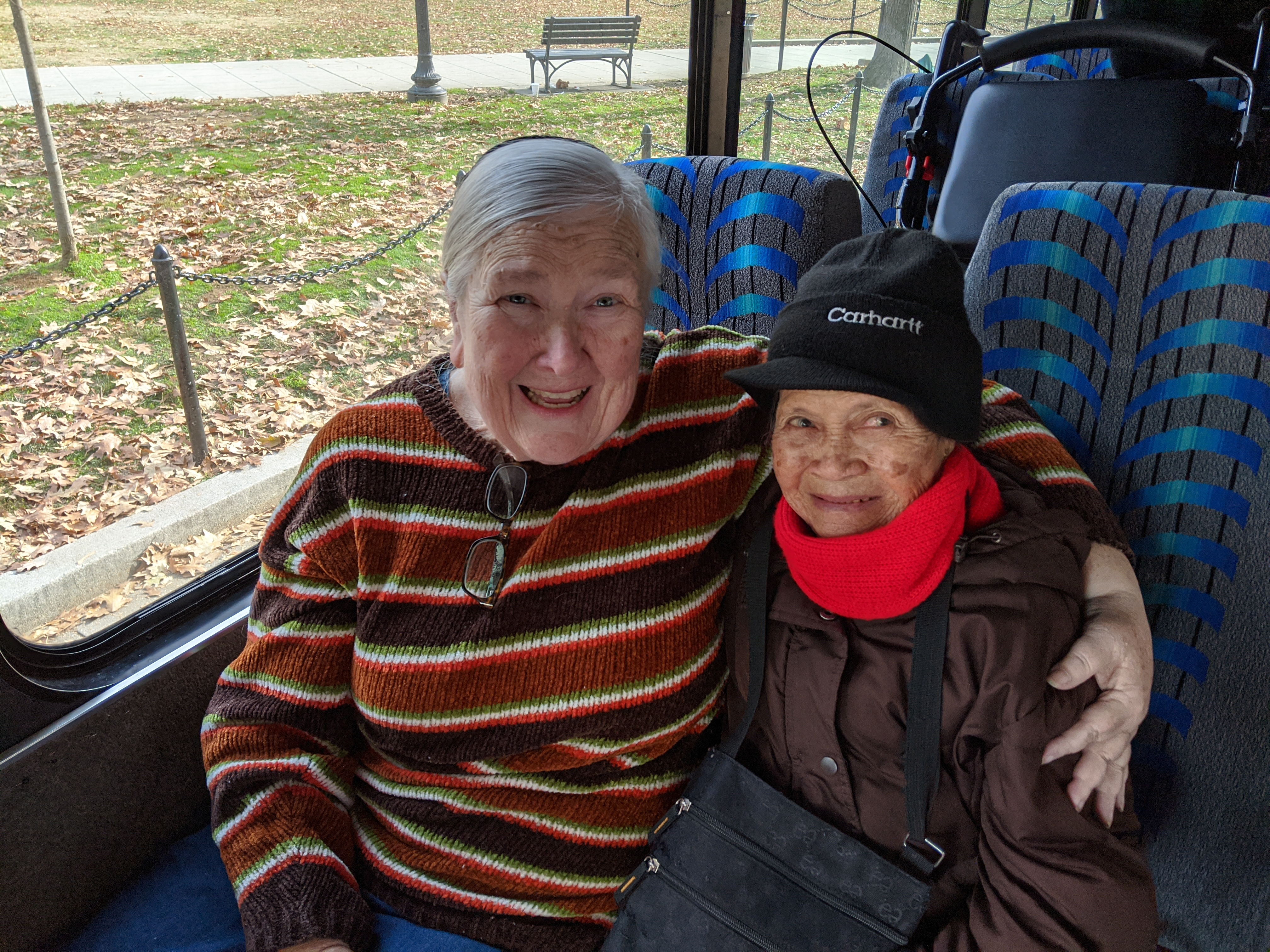 Our time in DC with Operation Silent Night on the dark streets with the homeless was an incredible time as God continued to pour out His blessings on every person He sent our way! We fed over 300 this year while we had to turn many away. Next year we anticipate feeding 500!!! We’ve grown […]

Our 2020 Calendar, the Cross of WaterBrooks

Our 2020 WaterBrooks Calendar is now available to order! This quality spiral bound calendar beautifully captures the seasons of the Cross at WaterBrooks in Vermont with coordinating scriptures on prayer to encourage you each month of the year. Proceeds from this calendar are being used to help raise the $75,000 for the commercial septic […]

God is at work on His canvas in the hills of Vermont with His glorious colors waiting for His perfect time to bring forth the mighty splendors of autumn! As God is creating His spectacular beauty for the world to marvel, He is building WaterBrooks for His glory and the hope of His people. WaterBrooks, […]

Today was a milestone for me! At the age of 69, I have lived to see the day where I can go to the theater and see a movie on the big screen, and for the first time ever, watch an animated film and understand it! Today I wept tears of joy that I  […]

Sue Thomas Ministries is a registered non-profit 501c3 and all gifts are tax-exempt Federal tax ID # 34-1794391
%d bloggers like this: